In lieu of Halloween I went with Sabrina Spellman for my October outfit inspiration post. Because it is kind of Halloween themed I took much more from The Chilling Adventures of Sabrina since I think it brings way more Halloween vibes. Traditionally Sabrina Spellman is a witch living a normal teenage life and all the adventures the ensure with those worlds colliding. The Chilling Adventures definitely takes a darker spin and focuses much more on good vs. evil.

So I wanted to give a little history of Sabrina the Teenage Witch since I did not read a book to go with it. I found out that the TV series was based on a 1962 Archie comic series of the same name. It was released even before the TV show “Bewitched”. I am not a big comic person but I did check it out and you can read excerpts on amazon which was fun!

I chose outfits inspired mostly by The Chilling Adventures of Sabrina but I did watch Sabrina the Teenage Witch to get inspired. I might do a second post that focuses a little more on here but I had a harder time pulling inspiration since it is from a different decade (it would be fun though!).

Outfit #1: Headbands are a great Sabrina choice! I really love how much The Chilling Adventures brought the headbands.

Outfit #2: This is by far my favorite outfit and I think it is the closest to Sabrina Spellman from the Chilling Adventures. She emphasizes the red and black bringing the witch vibes to a tee. I definitely would not have chosen it without the Sabrina inspiration and I absolutely love it. 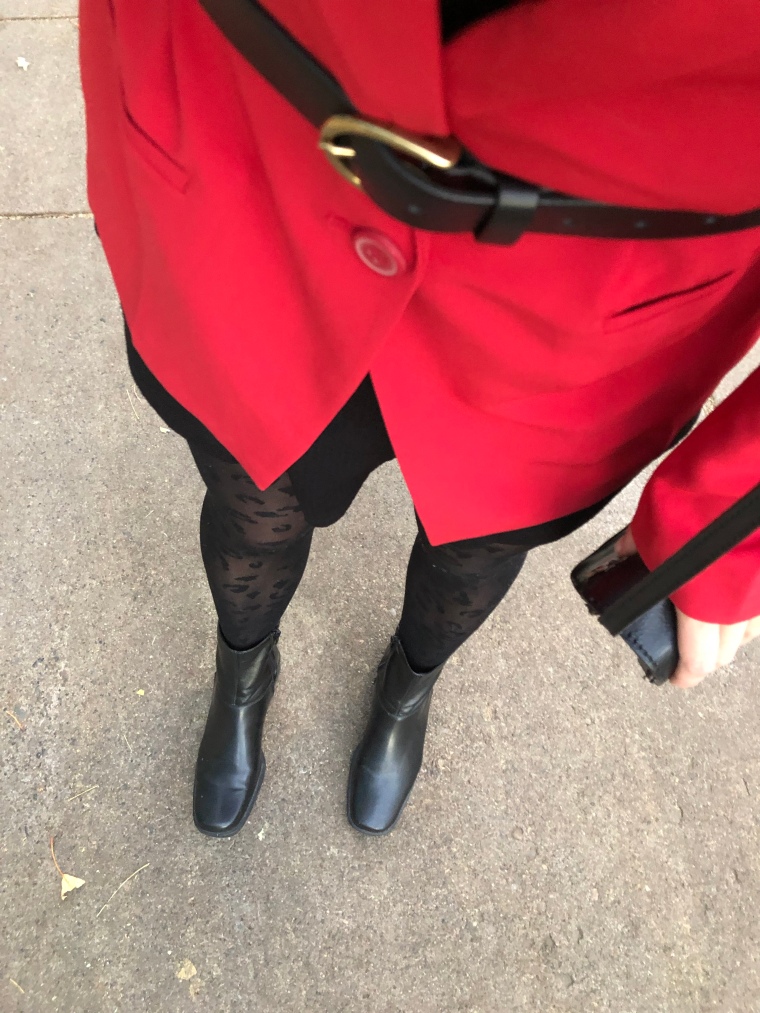 Outfit #3: Throughout these inspiration posts I try to mix my own style with the inspiration. I think this final outfit blends my personal style the best with hints of both Sabrinas (from the Teenage Witch and from the Chilling Adventures). 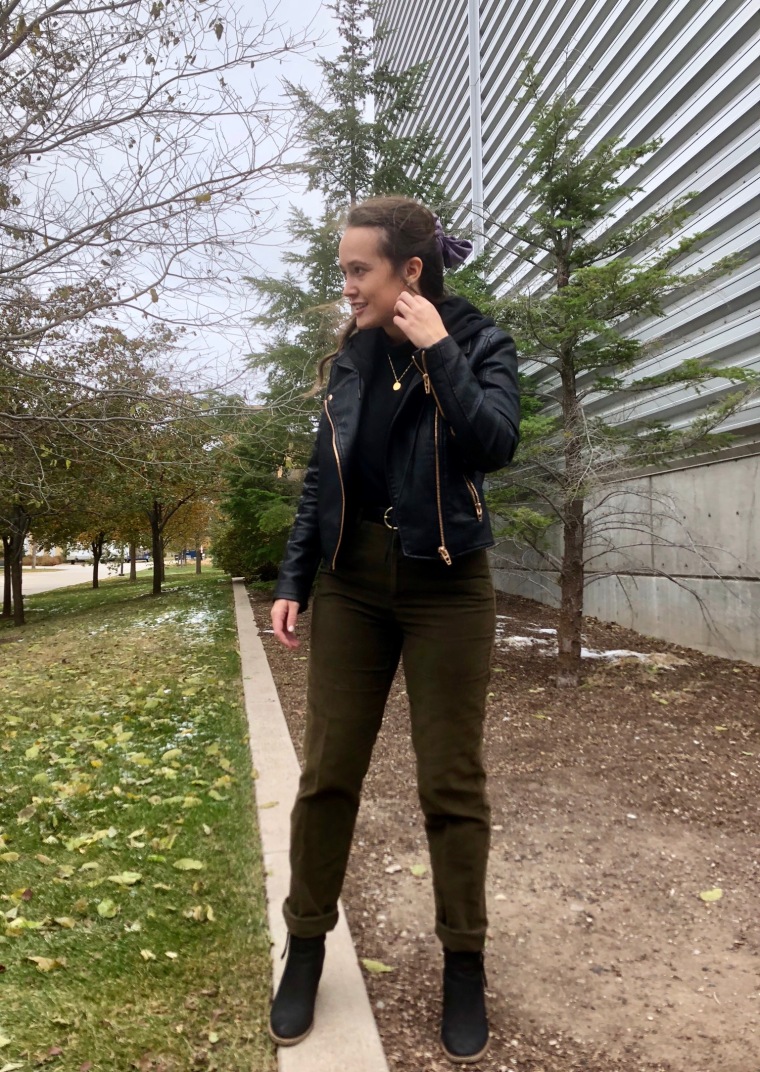 I hope you are getting into the Halloween spirit!

Happy Sunday! I made kind of a big move and joined @liketoknow.it to be able to easily link outfits/posts! If you are not familiar with the platform it is an app that allows you to screenshot posts (from Instagram) and easily shop outfits. You can also follow me on the LIKEtoKNOW.it app or go to the link in each post to view and get any links. http://liketk.it/2JBgc #LTKsalealert #LTKworkwear #liketkit #ootd #liketoknowit #discoverunder5k #discoverunder1k 😊😘 ~ I have been familiar with this app for a while and follow some other amazing bloggers. I have found it super useful for finding exact items. I decided that it would be a great way to link everything for each post myself! I did not know that purchasing from a link directly does give me a small commission. So this is really for you to be able to find things easily, I just wanted to give a little disclaimer! Also I would love to know if you find this to be useful! ~ Also I have to mention again that the coat sales right now are still amazing. For real though I am so tempted by Gal Meets Glam all the time so 60% is pretty amazing. 😍 #gmg #gmgonme #galmeetsglam #streetstyle #liketoknowitstyle #ltkitstyle
Comfy weekend vibes. Lots of finishing up little projects and working on blog posts. Also taking little Hazel on walks and out to play with friends 🐶😍. ~ I am all about this comfortable meets stylish look inspired by @belleoftheball45 😄. A good blazer is a great way to amp up a sweatshirt and leggings! ~ #ootd #preppystyle #styleblog #explorelovelive #discoverunder5k #discoverunder1k #everdaystyle #blazerlife #streetstyle
Friday’s #reviewweek pick is Bringing Down the Duke by Evie Dunmore. It was my September Book of the Month last year! It was a beautiful romance that has an interesting backdrop. ~ The story centers around Annabelle who is a young women trying to find her way in late 1800’s England. As she becomes involved in the suffrage movement she is charged with targeting influential men. He meets Sebastian and they have a very interesting connection and relationship. ~ Why would I recommend it? 1. Annabelle is an incredible, strong female character that drives a great story. 2. The history of women’s rights at the time is woven in and is so interesting! 3. I thoroughly enjoyed the love story side of it and I’m pretty picky when it comes to romance. ~ Also a quick side note... this sweater had some holes it if from moths and my amazing mom @lewisfarmette fixed it up for me with some lovely white flowers 😍😍😍 ~ #bookstagram #readingisthebest #fortheloveofbooks #bringingdowntheduke #eviedunmore #womenssuffrage #exploreloveread
It’s a snowy cold winter here in Utah!! That is not stopping me from all the dresses and skirts! 😍❄️⛄️ #ootd #galmeetsglam #style #styleblogger #galmeetsglamcollection #gmgonme #utah #loganutah #snowymountains
Time for Tuesday’s #reviewweek book! Highlighting a favorite YA book that I actually think everyone should read. ~ Of all YA books this is the most powerful novel I have read. It opened my eyes to current racial issues, especially the effects on younger people. In essence it’s about a girl name Starr who experiences different worlds in her primary white prep school and poor black neighborhood. Her neighborhood experiences a shooting that changes everything. It is such an important book that brought out the tears and so many emotions! ~ 📚🐶♥️ #bookstagram #booksarethebest #reading #puppylove #hazelthestaby #readinggoals #bestyabooks
It’s #reviewweek thanks to @readandwright and today I’m showcasing American Royals. It was released last fall and ended up being such a fun read. @katharinemcgee is an incredible writer with such great story ideas. I have definitely talked about this one before but I want to review it since I loved it so much! ~ Why I loved it.... 1. The characters are interesting, plus they are royals which is always fun. 2. A whole new take on US history. 3. Some great romances. ~ If you are wanting a fun, lighthearted romance this is a great option! #americanroyals #bookstagram #readingisthebest #fortheloveofbooks #americanroyalsbook #bookreviews ~ Also those other three (Verity, The 7 1/2 Deaths if Evelyn Hardcastle and Scythe) were all other books that were hyped up and I really enjoyed!